Robotic Process Automation – The Next Big thing to look out for!

Let me introduce you to the new kid on the block- Robotic Process Automation or in short RPA. RPA is a technology based on “bots” or software programs that can be easily programmed to perform tedious, mundane or repetitive tasks. Some examples of this are to collect data, feed data to applications, manipulate data, control various desktop applications etc. It can perform repetitive tasks much more accurately, quickly and tirelessly than a human, giving them time to do tasks that require  human qualities like reasoning, interaction with customers, emotional intelligence etc. Basically, RPA takes the robot out of the human.

In a birds-eye view, RPA software is being distributed by many vendors like Blue Prism, Automation Anywhere, UIPath, Kofax (Previously known as Kapow), ProcessRobot , OpenSpan (Acquired by Pegasystems) and adding to this list of organizations, there are various upcoming organizations and start ups who are trying to make a mark in the RPA space.

There are a huge number of real life examples of successful implementation of RPA at Tangentia itself. One of the many examples would be that Tangentia deployed a bot at one of the oldest companies in the Insurance sector in Canada. The objective was to automate their back office claim closing process on the web interface and the mainframe terminal (Claim management System. Using UIPath, Tangentia was
able to automatically collate, integrate and distribute these details in their systems which would allow them to close claims efficiently. The company was able to close a greater number of claims in a day as the time required to close a claim reduced by 50% and resulted in more satisfied customers.

Another case was when Tangentia automated the claim experience report i.e. reduce time taken to consolidate and generate reports, for a Financial Consulting Company. The objective was to integrate 300+ reports of 15+ carriers with more than 100+ clients for each carrier. Each carrier has multiple clients along with a unique set of clients. Automatically collating, consolidating and distributing these details into relevant reports allowed them to release claims efficiently and in a timely fashion.
Information about each claim gathered from various sources and analysis also had to be distributed and archived for compliance purposes. Using Automation Anywhere, Company was able to distribute details efficiently. The company was able to reduce the time taken to complete the task by 90% reduction in the efforts.

Tangentia also applied RPA in the Human resource department to automate a part of the recruitment process- sourcing. Traditionally, sourcing was considered to be a manual process where in recruiters had to type the keywords, use appropriate filters and find the right candidate fit for the role on various Job Portals. Using Automation Anywhere, this process was automated wherein, recruiters now had to enter the keywords on LinkedIn along with the specific criteria and this bot would gather the data and export it in an excel sheet. This significantly reduced the time spent on sourcing and finding the right candidate has become easier and less stressful.

Another example is of a Bank which used RPA to reduce their loan processing time by eliminating the repetitive copy-paste function of customer details from one banking system to another. The loan processing time reduced from 30 minutes to a mere 10 minutes, which led to higher customer satisfaction.

Mostly, Companies in the Banking and Insurance sector are finding that automation is a fast and cheap way of applying superior capability to the problem of compliance. The customer service also improves as there is more power in the process. For example, if the organization receives a lot of inquiries, you can free the employees to solve more important problems Based on the above examples, we can conclude that RPA improves the efficiency and productivity, eliminates human error, results in cost savings and most importantly impacts the ROI in a significant manner

A study conducted at the Everest Group showed that Top performers earned nearly four times on their RPA investments, while most of the other enterprise earned nearly double. In another study, NASSCOM reports extensive cost savings of up to 65% for onshore operations, 30% in offshore delivery, and investment recovery in as short as 6 months.
Here are some interesting facts I stumbled upon while doing my research on the buzzword- RPA

To understand the rise of this sector, we can also look at the funding received by the vendors of this technology

For years, we have been performing these boring and deskilled tasks but RPA has changed the game. It has become a disruptive force which has changed the relationship between technology and people, which is essential for a better future.
The future of RPA is intelligent automation coupled with machine learning and cognitive algorithms.

There are really good RPA software’s available in the market today, which has the ability to independently correct errors and adapt to certain situations. The intelligent automation of the future will be to apply judgment and learning. 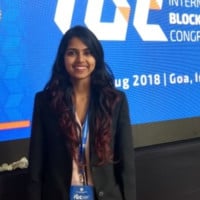 The author, Mamatha Manu, is a Recruitment Manager with Tangentia’s Consulting group based out of its Goa, India office.

Tangentia is an expert in implementing RPA solutions and has partnerships with UiPath, Automation Anywhere and Blueprism.

To learn more about Automation and what Tangentia can do for you please follow this link .