RPA just not automates the manual work but also aids in continuously improving the process.RPA involves automating of business rules, but in many cases, business rules haven’t been examined for many years and don’t make sense in the current environment. The organization might have standard operating procedures, but mostly these are old and outdated or are poorly documented. Hence Process improvements before automating the process become a necessary step during RPA.

In one of Tangentia’s recent RPA project for a manufacturing unit, the client came with a requirement to automate the manual activity of preparing an excel file which used to take 4 hours for an employee every day. During the process of understanding the AS-IS process and deep-diving into the process involving multiple stakeholders and team, Tangentia team realized the whole manual activity can be improvised and can be done in an alternate way. The AS-IS Process was first improvised, buy-in was taken from all the stakeholders and an alternate way was suggested and then RPA tool was used to automate the whole activity.

Another such example is when Tangentia team suggested process improvements in the way claims processing was done by an Insurance company. In Phase1 of RPA implementation, the requirement was to automate the process of claims processing which involved pulling of data from different data sources and collating and coming up with a report. During Phase 2 of RPA implementation where this claim report was input to another process, Tangentia team found that this second process can be handled in the Claim processing BoT itself. Instead of investing in the infrastructure for second bot, the Claims processing BoT was revised and managed with the first BoT itself. This is a classic example of continuous process improvement where existing process is being revised and made better. Improvising and redesigning of the process took some extra time but it was necessary to make sure the client sees the benefits of it in the long run.

It is always wise to improvise the process before automating it- finding what doesn’t add value to any process and then discarding, however there are certain processes that are overly complex and need to be improvised continuously phase by phase. Continuous process improvement does not mean cutting down the process step, it may also mean including few steps which were ignored due to lack of resources or other reasons.

While RPA does not answer for all the improvement opportunities across all industries, it is strongly believed that it can complement several continuous improvement / operational excellence initiatives.

Process Improvement and RPA are not TRENDs…it is NEED of the hour ! 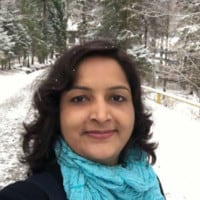 The author, Ashwini Hegde is RPA & AI Lead at Tangentia India Technologies based out of our Goa operations in India.

Tangentia is an implementation expert in AI,RPA & Automation solutions & has partnerships with UiPath, Automation Anywhere & Blueprism.

To learn more about Automation & what Tangentia can do for you please follow this link .